On August 26th, we’ll celebrate 101 years since the adoption of the 19th Amendment to the U.S. Constitution, which prohibited denying the right to vote based on sex. We celebrate this day to commemorate the certification of the 19th Amendment on August 26th, 1920, a point in history that set off a push for voting rights for all women. Though women have made many important contributions throughout history, the fight for sexual, racial, and economic equality among women continues today.

We celebrate and honor the achievements of women who have overcome barriers to fight to close the wage gap, end discrimination that impacts women’s advancement in society, and maintain women’s rights to vote. 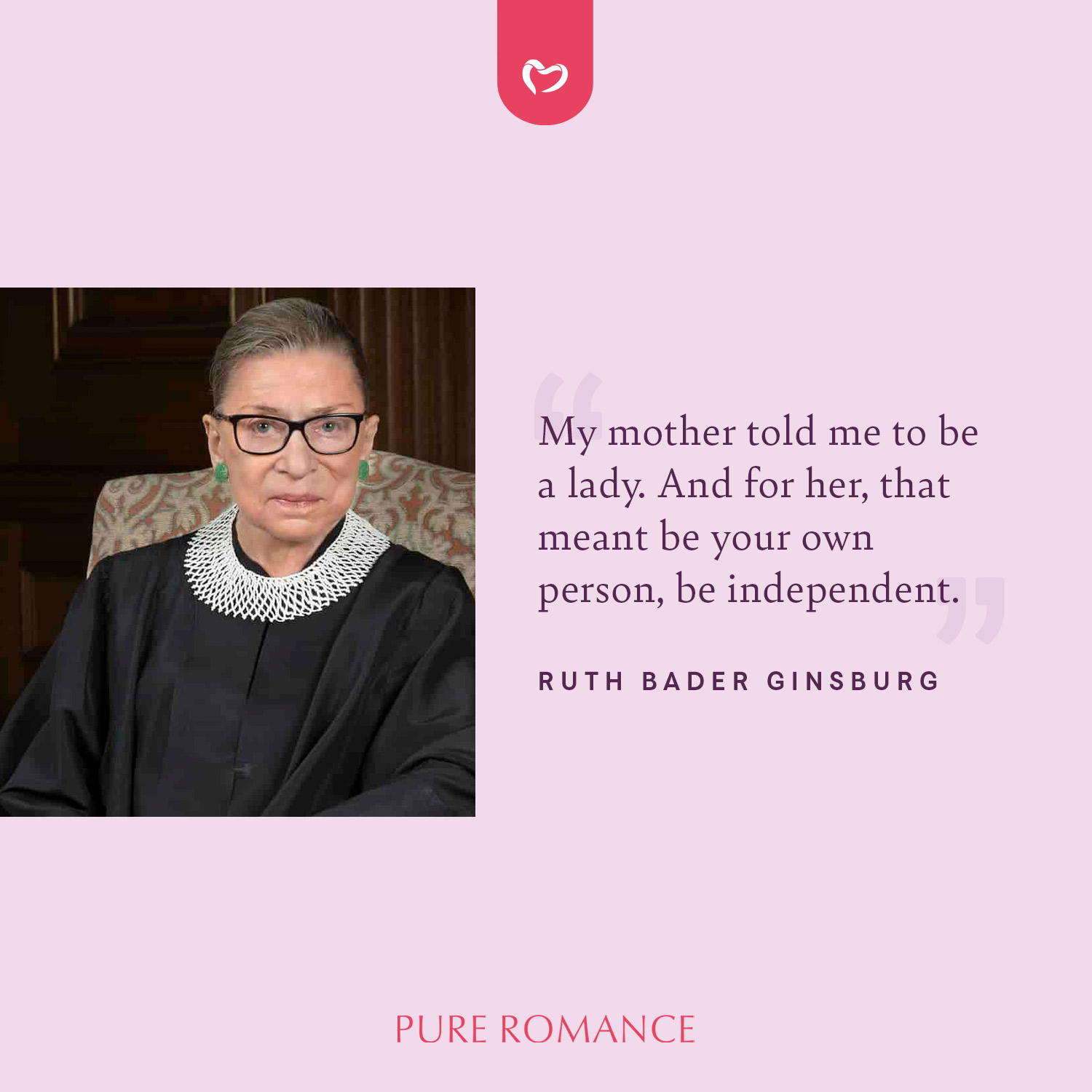 We’re approaching one year since we lost powerhouse Supreme Court Justice Ruth Bader Ginsburg. There’s no better way to remember this icon than by celebrating her impact. A staunch advocate for equality, she worked with the ACLU’s Women’s Rights Project, where she argued six landmark cases on gender equality before the U.S. Supreme Court. She was also a supporter of the #MeToo movement saying she hopes “it is as effective for the woman who works as a maid in a hotel as it is for Hollywood stars.” It was RBG who paved the way for women to take out credit cards in their names and commit to a mortgage without a male co-signer.

Imagine facing death at 15 years old while on your way to school. Malala Yousafzai not only survived an assassination attempt by a Taliban gunman but is now recognized around the world for her fight for female education. That battle is more important than ever as the Taliban takes over Afghanistan once again. The Nobel Laureate wrote a blog saying, “Nine years later, I am still recovering from just one bullet. The people of Afghanistan have taken millions of bullets over the last four decades. My heart breaks for those whose names we will forget or never even know, whose cries for help will go unanswered.” She is helping women’s rights advocates and their families get to a safe place. Right now, all eyes are on Afghanistan. But what happens when the press leaves and the Taliban is left in charge? Women are at risk. You can help by donating to places like Women for Afghan Women. You could also write a letter to local lawmakers, urging them to open safe pathways into the country to refugees. 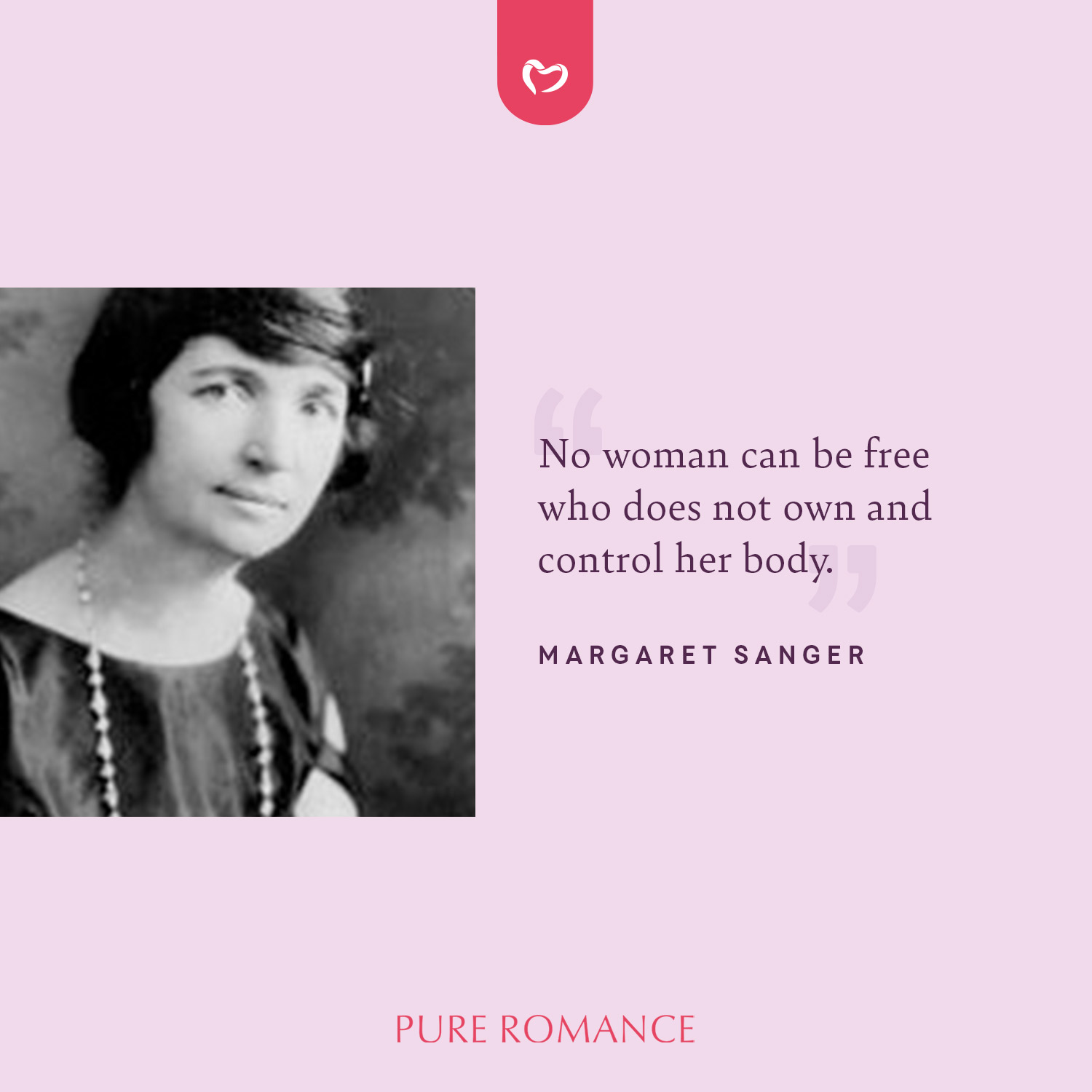 Margaret Sanger opened the first birth control clinic in 1916 in Brooklyn, NY. These efforts led to the creation of today’s Planned Parenthood. Nearly 70 years later, Byllye Avery, a women’s activist for reproductive justice, founded the National Black Women’s Health Project in 1983 (renamed the Black Women’s Health Imperative). When receiving medical care, it is a well-known fact that women are much more likely to be dismissed when experiencing pain. Even though Sanger started this fight more than 100 years ago, women must continue to break down barriers to get medical care. That’s why Pure Romance founder Patty Brisben started the Patty Brisben Foundation for Women’s Sexual Health, to enhance women’s sexual health education and research. 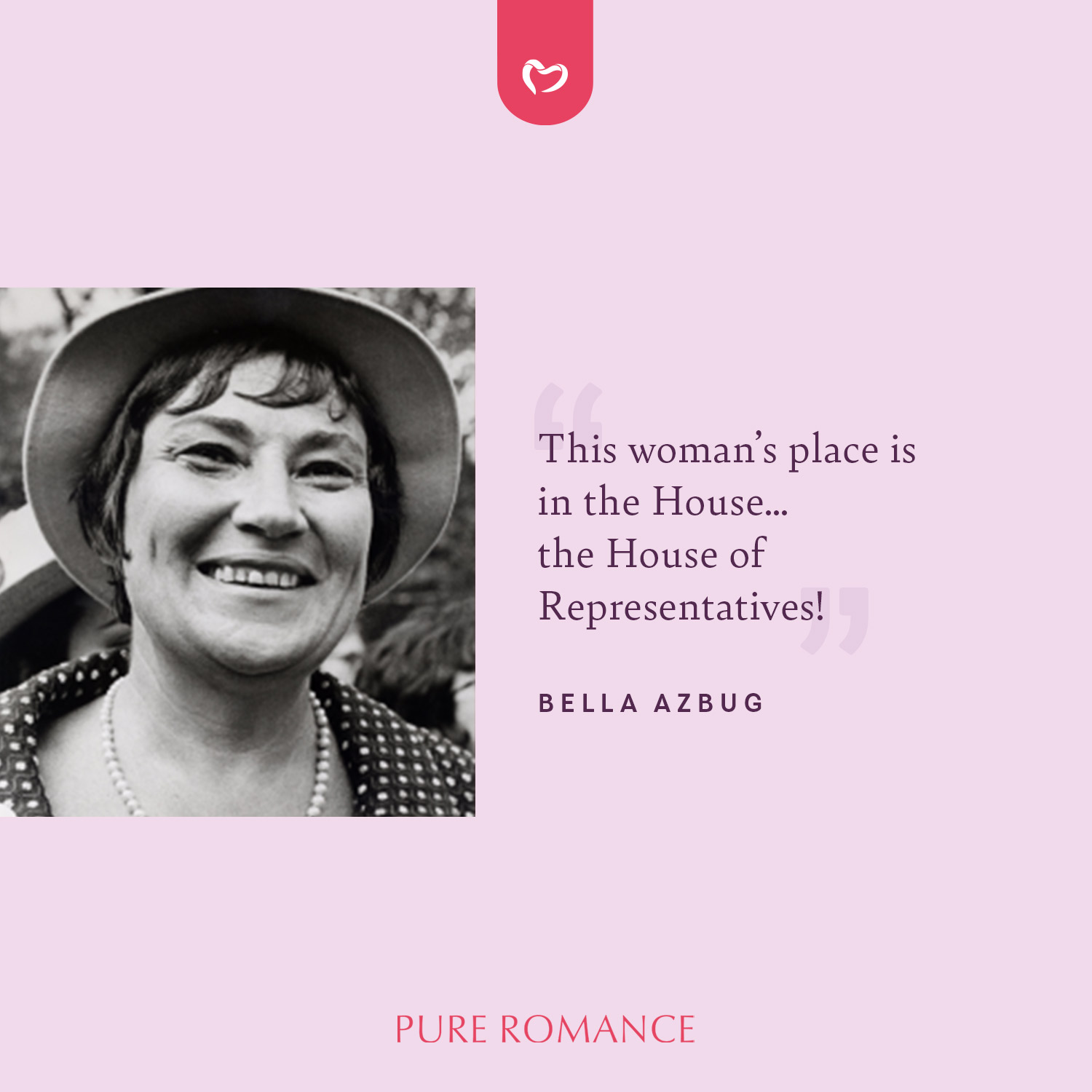 Bella Abzug was a New York congresswoman who led several women’s initiatives, including the introduction of the resolution to designate August 26th as Women’s Equality Day. She joined several feminists to find the National Women’s Political Caucus in 1971 and was an early supporter of sexual rights for the LGBTQIA+ community. Right now, that fight continues in Congress. Many people across the country are hoping that The Equality Act will be approved to protect those in the LGBTQIA+ community from discrimination in areas like employment, housing, and public accommodations.

Sally Ride may not have broken the glass ceiling, but she broke through Earth’s atmosphere. As the first American woman in space. Dr. Ride was a physicist who went on two missions to space. After retiring, she wrote science books for children. In an effort to “make science and engineering cool again,” she started Sally Ride Science to provide materials, training, and activities to children. Show girls how cool STEM careers can be by utilizing these materials! 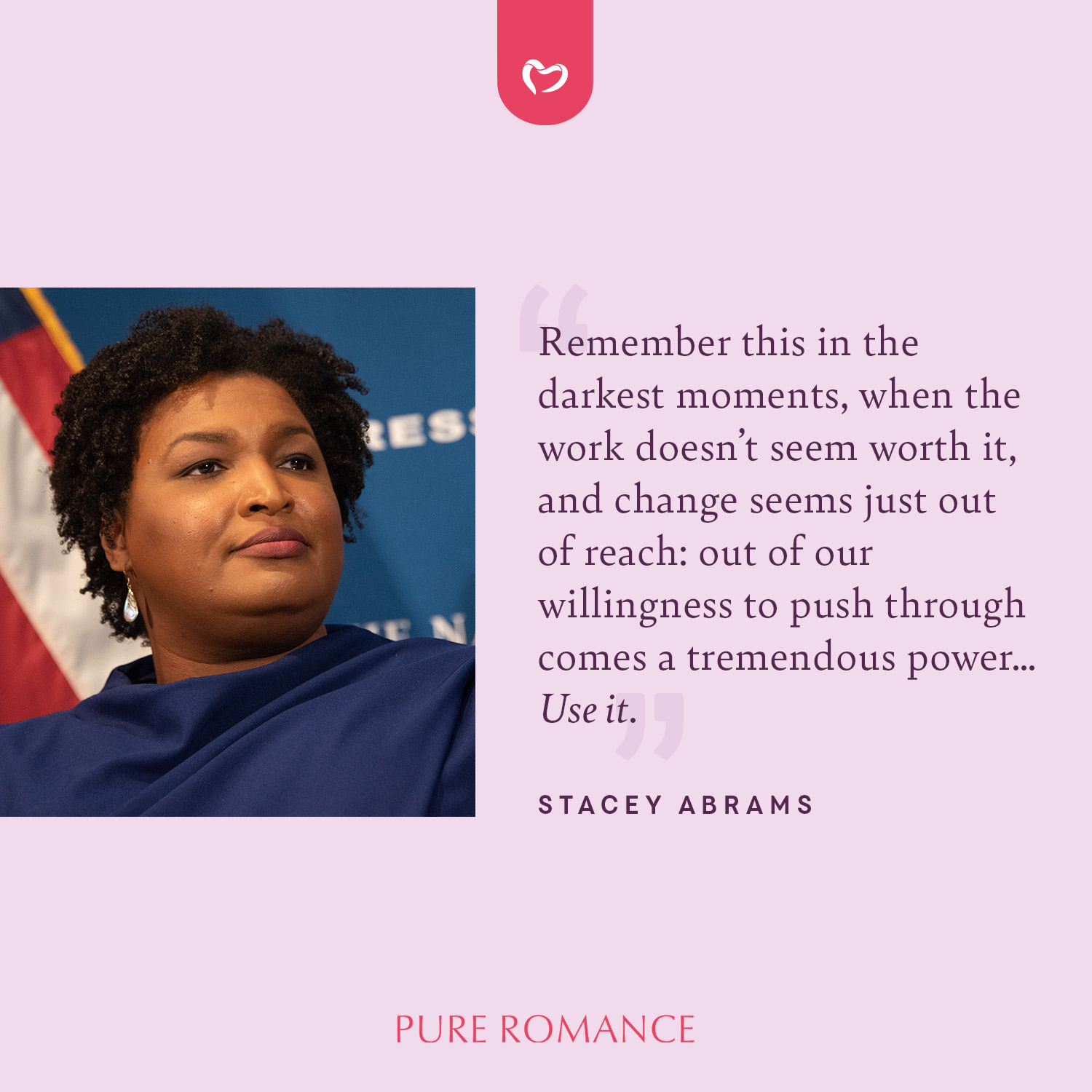 Fast forward to 2020 when Stacey Abrams led efforts in Georgia to ensure all eligible voters could use their democratic voice. She was adamant about getting voters of color registered to fight voter suppression. After the 2020 U.S. Presidential election, she was given due credit for boosting the number of registered Democratic voters in Georgia. In the last presidential election, only 66.7% of the eligible population voted. You have a voice and your vote is important! There are many ways to volunteer to get voters registered. If you want to register, here is where you can get started. 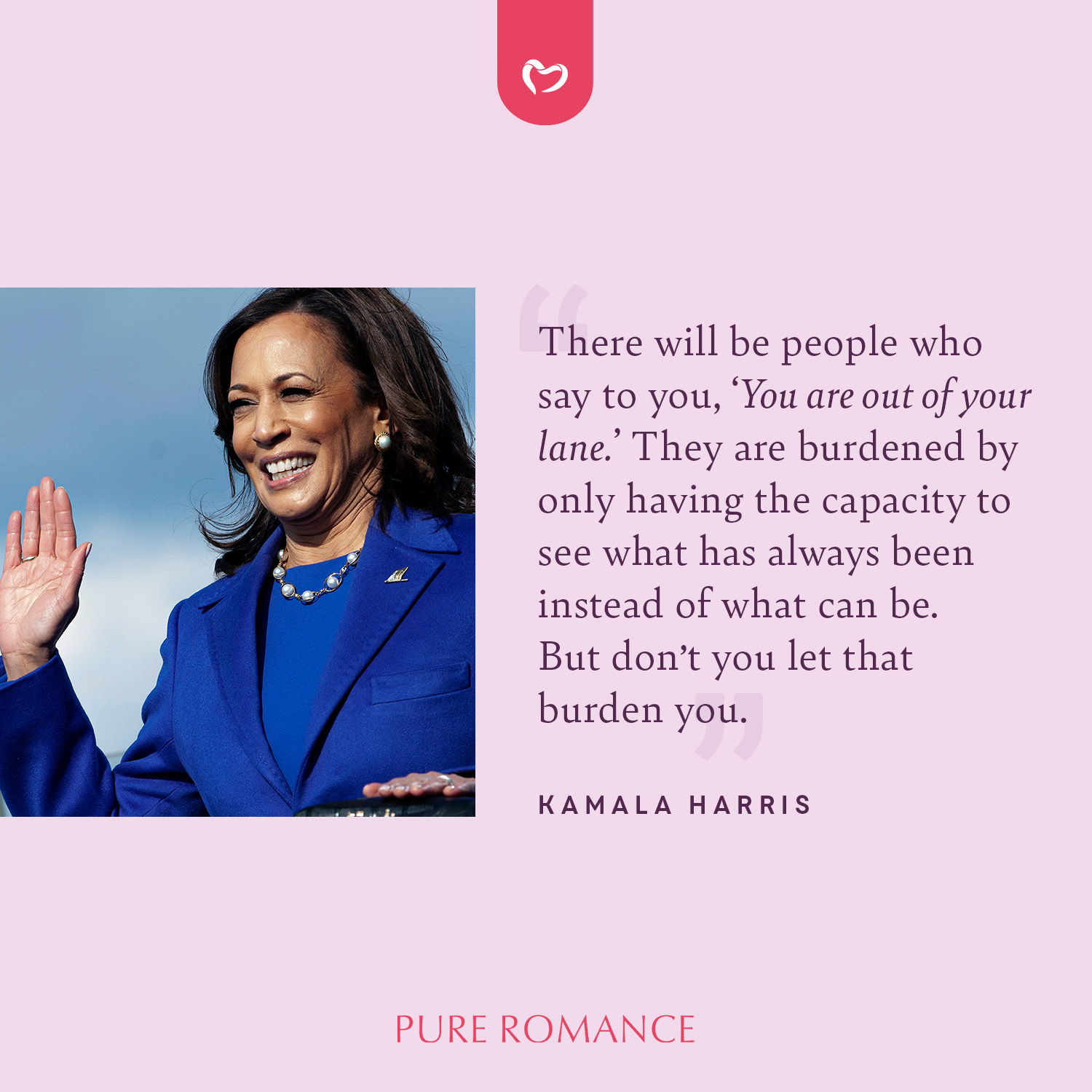 Last but certainly not least, Vice-President Kamala Harris was sworn in as the first woman and first woman of color to this position in the history of the United States on January 20, 2021. While an impactful day in U.S. history, did you know only 395 women have served in Congress since 1917? Just to give you a comparison, there are 539 senators, representatives, and delegates serving right now.

Today, we celebrate these phenomenal contributions and all the incredible women not listed. And while much has been done, there is more work that remains to achieve health equality, economic equality, educational advancements, sexual and reproductive justice, and racial equality.

We all want a better future and that begins with working together.

The Sexiest Time of the Year

PhD, MPH, Epidemiologist at Centers for Disease Control
Dr. Ashley Townes (she/her/hers), is a native of Cincinnati, Ohio. She attended Walnut Hills High School and the University of Cincinnati, where she received both her Bachelors and Master of Public Health degrees. She received her doctorate degree in Health Behavior and Epidemiology from Indiana University.

Dr. Townes has experience working as a Community Health Educator and Disease Intervention Specialist in Cincinnati and the surrounding areas. She has worked on several initiatives related to the dissemination of national HIV prevention and care campaign materials tailored for African Americans, Hispanic/Latinx, and transgender women of color. Dr. Townes has taught collegiate-level Human Sexuality courses, served as an Epidemiologist at the Ohio Department of Health, and currently works as an ORISE Postdoctoral Research Fellow in the Division of HIV/AIDS Prevention’s Epidemiology Branch at the Centers for Disease Control and Prevention in Atlanta, GA.